This author has yet to write their bio.Meanwhile lets just say that we are proud damg16 contributed a whooping 13 entries.

According to NBC Miami, Miami-Dade Schools plan to open August 31st with online instruction in place, with in-person instruction planned to resume in October if virus case numbers in Miami-Dade can be reduced sufficiently. Miami-Dade school officials note that if a student or teacher tests positive for the virus, the plan would be to isolate […]

Welcome to WordPress. This is your first post. Edit or delete it, then start writing!

After an accident is reported on a construction site, the Occupational Safety and Health Administration (OSHA) will send out an investigator(s) to determine what factors played a role in the incident occurring. In the event the inspector finds that the incident was a preventable one and was caused by an employers’ negligence, the company is […]

The company is Assura Windows and Doors and it was initially fined $162,688 after 27 OSHA violations were discovered during three separate inspections. The Miami Herald reported that on October 24th, October 30th, and November 7th, inspections were conducted at Assura’s Powerline Road facility in Pompano Beach, FL and all three turned up some rather […]

The Department of Labor recently announced that a Florida construction company has been fined a total of $303,611 for nine violations that were found at worksites in Orlando and Winter Garden. The company, Cathcart Construction, was accused of committing two “Willful” violations, one at each site, reported the Miami Herald. According to the Occupational Safety […]

Although Miami-Dade Mayor Carlos Gimenez announced on March 19th that construction sites could remain open and in operation as they are considered to be an “essential business,” many projects are being slowed down as more and more cases of COVID-19 are recorded. On March 26th, the Miami Herald reported that two major projects, a $300 […]

The state of Florida requires employers to purchase workers’ compensation insurance for their employees. If you get hurt on the job or you end up suffering from a work-related illness, you have the right to file a claim for workers’ compensation benefits. While the extent of your benefits will depend on your injury, many people […] 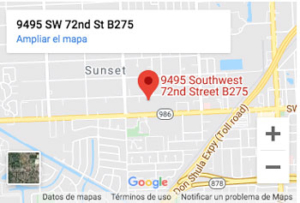 Insurance companies have lawyers on their side. Make sure you have a lawyer on yours. With a background in medicine and extensive experience in Florida workers’ compensation law, Mario Trespalacios is in a strong position to fight for you. Contact Mario Trespalacios right away. Schedule a free consultation today. Hablamos Español.